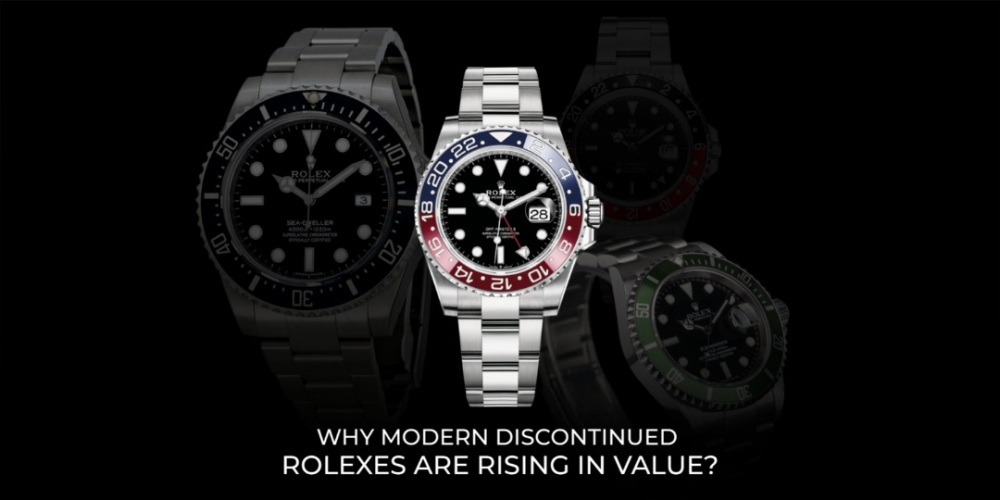 With the nostalgic connection or historic provenance of a vintage Rolex watch and the class or contemporary style of a modern one, the Rolexes that are being left out of the conversation are the ones that are caught in between vintage and modern pieces of a Rolex watch. The question of why is because it is neither old nor new on the date of its release.

In commemoration of the Submariner's 50th anniversary, the Rolex Submariner ref.16610LV was launched at Baselworld 2003. It has various distinguishing traits that set it apart from the ref.16610LN. The Maxi dial, which includes bigger hour marker plots, a larger handset, and a distinctive green bezel are some of its major features, albeit a new Maxi dial and set of hands came on the Ceramic Submariner some years later. In the creation of the 16610LV, there are many print and color possibilities for the dial and bezel, which are classed by serial number, Y serial through random serial.

The Y serial ref.16610LV, which was in the silhouette's original manufacturing run, is one of the most important of them. The bezel on this model is known as a "flat 4" bezel. Only Y serial production units have a lighter shade of green on the bezel. A flat 4 bezel refers to the number 40 on the bezel insert, with the top of the "4" having a flat edge rather than the pointed edge seen on subsequent versions. A flat 4 bezel was also included with this number but in a deeper shade of green. The rarity of the flat 4 inserts determines their worth. Many owners of F and Y series 16610LV watches have sent their timepieces to Rolex for service throughout the years.

The Rolex Sea-Dweller Ceramic 40mm ref.116600 had the shortest production run. It was originally released in March 2014, became widely available in 2015, and was finally phased out in the first quarter of 2017. Despite being made in extremely tiny quantities, these glossy dials command a modest premium above the matte equivalents. Their rarity, on the other hand, may indicate that, like the flat 4 bezel of the 16610LV 50th Anniversary Submariner, the gloss dial will become the next fad.

The ref.116600's two-year manufacturing cycle distinguishes it as precious as well as unusual. The value of ref.116600 has increased by around 33% since it was withdrawn. In late 2014, Swiss Watch Time sold pre-owned ones for $9,500 USD; currently, the identical watch costs roughly $13,000 USD, a 36.8% increase. This is most likely owing to its rarity in comparison to other ceramic sports versions.

When acquiring a ref.16710, there are a few things to keep in mind. Keep in mind that the value of a Pepsi or Coke bezel might vary depending on whether or not the bezel insert is original to the watch. Rolex will only allow owners to replace bezels during a service or repair on this model. Only GMTs sold in the United States identify which bezel insert the watch came with.

How Rolex is fueling the watch ...

How Rolex is fueling the watch ...