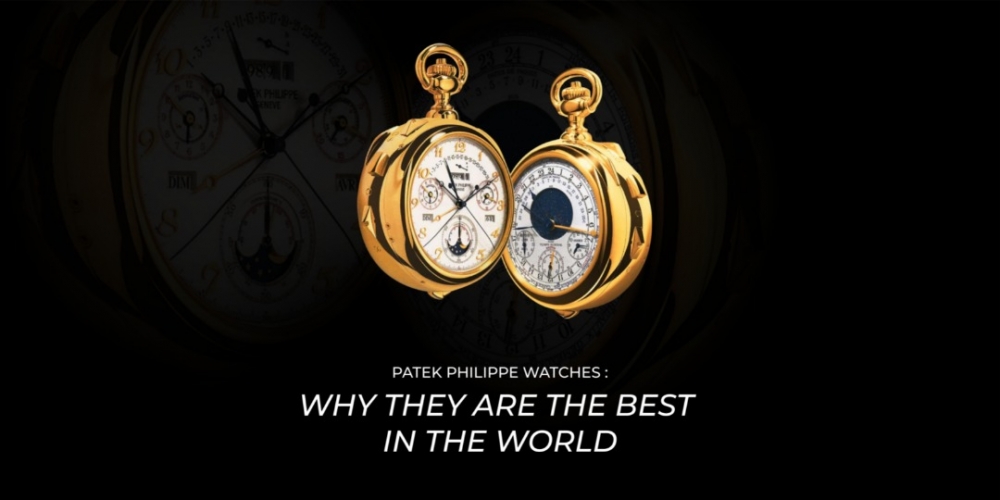 A formal description of being the best is of the most excellent or desirable type or quality. Being the best is achieving a standard that exceeds not only the expectations of your predecessors but to set apart the difference between mediocrity and legendary. A description that is best fit for a watch brand like Patek Philippe, arguably the best watch brand in the world. Well, of course there are many other world renowned Swiss watch manufacturers with distinguished pedigrees and refined watches but let’s look at a few key reasons of what makes Patek Philippe float in the minds of watch collectors.

For starters, there is always a high demand for Patek Philippe watches but the supply of those watches however does not translate over to the demand by the people. It is due to the scarcity of these timepieces which makes them so much more desirable by watch collectors. It’s said that fewer than one million Patek Philippe watches have been made since 1839. That’s fewer than some very high-end Swiss manufacturers produce in a year. It’s their attention to detail and the need to create impeccable quality that extends the watchmaking process. Patek production is so detailed that it takes nine months to make its most basic watches, and more than two years to produce some of the more complicated timepieces. A pure example of what makes them a solid watch brand, prioritizing quality over quantity.

The quality of a Patek watch lies in its beautiful design which is represented in its unique movement. Every individual part is hand-finished, which might seem an excessive detail considering that only a watchmaker can truly appreciate it. And yet even the lay admirer cannot help but be struck by its beauty. Dial design is similarly unrivaled. The faceted batons, the hand-polished hands and the little tells that distinguish a Patek Philippe can often go unnoticed even by the person wearing the watch, and yet they all add up to something that looks and feels perfect on the wrist.

Not only that, every Patek Philippe watch ever made has a searchable ‘extract’ available at the Patek Philippe archives. It instills great confidence knowing that you can source the date of production and original date of sale for every Patek Philippe made since 1839. When you meet someone who owns a Patek watch, you can know they've accomplished something remarkable in their lives. The extracts, which precisely explain the history of each watch, conjure specific events in people's life when they purchased a Patek Philippe. Patek doesn’t include the names of previous owners on its extracts, but most members of every royal family and countless heads of state and celebrities are in these archives. This means that every pre-owned Patek Philippe watch comes with its own set of history. Perhaps the previous owner won a war with your watch, the beginning of a new life with someone, or the birth of a child.

The design, artistry and craftsmanship balanced in a Patek Philippe is peerless. By maintaining a history of perpetuating traditions, these timepieces were made to uphold that very idea of being more than just a watch. Creating a legacy that transcends time with one philosophy in mind: “A Patek Philippe is never entirely yours. Yours is the pleasure of guarding it until the next generation”.