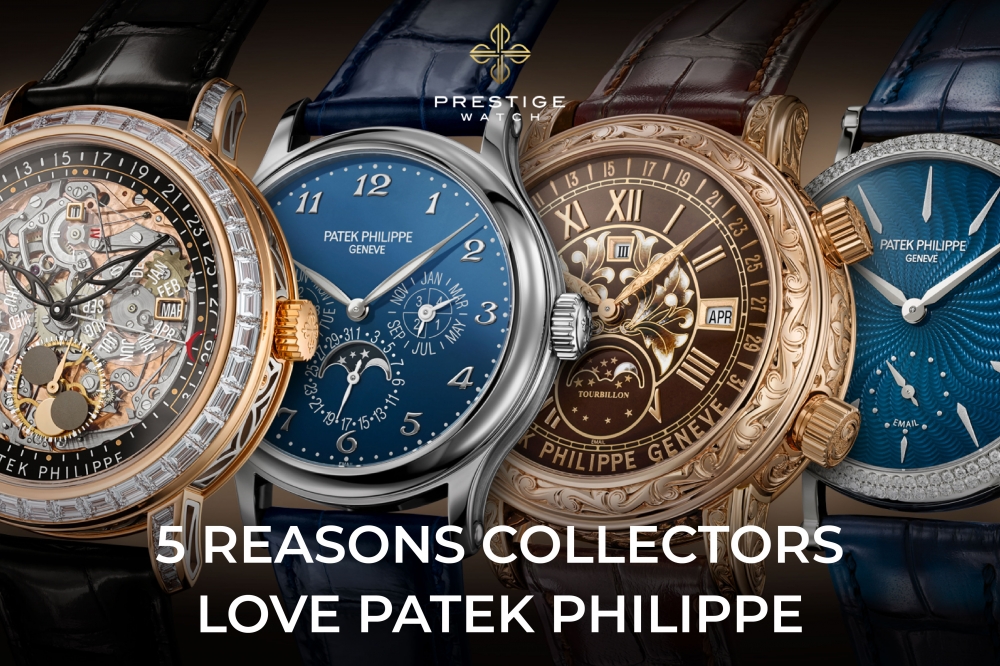 The movement of Patek Philippe has presented its real beauty and amazing craftsmanship. Unlike other watches, Patek Philippe is handcrafted for each individual part, which seems like an excessive detail considering only a watchmaker can truly appreciate it. The truth is, even lay admirers were stunned by its beauty.

The dial design is equally outstanding. The faceted baton, hand-polished hands, and small logo that distinguishes a Patek Philippe are often overlooked by the person who grabs it on their wrist, but they all add up to something that looks and feels perfect.

A popular Patek Philippe saying is that “You never actually own a Patek Philippe, you just look after it for your next generation.” To a certain extent, the saying is true. Patek Philippe watches can be invested through and through. However, only a few luxury watch brands can reach the same level of investment value as the prestigious Swiss watch manufacturer.

Patek Philippe boosted almost double the retail price on the secondary market from private sellers or auctions, and this depended on the market’s demand for Patek Philippe. A clear example is the recent Sotheby's auction, where several Patek Philippe watches were in circulation and were discontinued when they exceeded their estimated retail prices.

Since 1839, fewer than 1 million Patek Philippe watches have been produced. According to previous records, it’s said Patek Philippe cut down the number of products to ensure the quality and time spent on each individual piece of craftsmanship. The entire production of Patek Philippe is so meticulous. The most fundamental watch takes almost nine months to produce, and for some complicated watches with multifunctional complications, it can even take up to 2 years for the outcome.

Patek Philippe has always been in such great demand. Therefore, watch manufacturers have implemented a system for watch collectors to fill out in order to determine the level of their collection.

Each Patek Philippe watch sold has been recorded by the brand itself. All important details including the year of manufacture as well as the date of sale are kept in a database in Geneva for collectors who want to know more details about the watch they have purchased. This instils a great deal of confidence in general, knowing that more information exists and is readily available to collectors.

Patek Philippe's craftsmanship, design and heritage are unrivalled. Compared to other luxury watches, Patek Philippe is always gorgeous and stands out. It takes no shortcuts. The other watchmakers might go with cast and machine-finished for the cases, but Patek Philippe’s cases are mostly made in-house and often replicated from solid pieces of gold or platinum.

The traditional case-making techniques of Patek Philippe’s cases, dating back to the 1800s, are preserved by only a few contemporary watchmakers. Making one of these cases requires expertise that is passed down from generation to generation, just like the watch itself. This is the way it should be. This is the true beauty of Patek Philippe.

END_OF_DOCUMENT_TOKEN_TO_BE_REPLACED

The pre-owned watch market is booming. While the primary market is expected to grow 1% per year, the growth rate in the ...