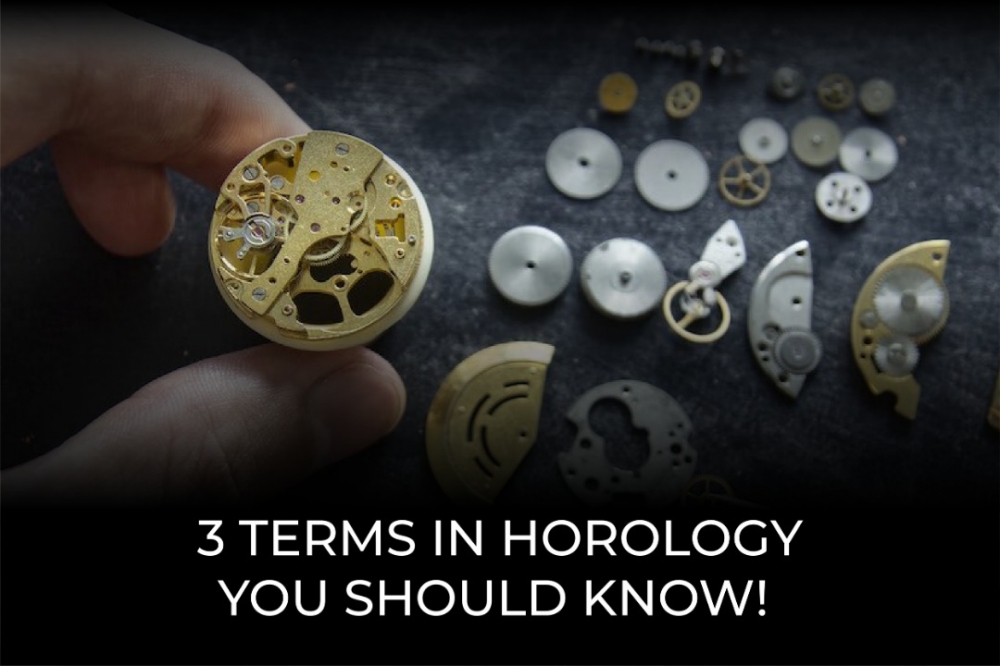 As a newcomer, coming into the world of horology can sometimes be overwhelming. Especially when it comes to certain terms that most articles or watch brands will use to describe a timepiece. Understanding these terms might be advantageous during a conversation or a purchase of an expensive timepiece. Here are 3 commonly used horological terms you need to know.

Almost every discourse about great mechanical timepieces, especially ones that are highly regarded and treasured, includes this word. A complication is any element of a watch that goes beyond the basic display of hours and minutes. Day/date displays, alarms, chronographs, automated winding systems, and calendars are typical complexities of today's mechanical timepieces.

The effort and complexity of designing, constructing, and assembling the watch grow with each new complication. A mechanical watch with a date display may have up to 200 pieces, whereas more sophisticated watches with calendars and chronographs may have over a thousand. Watches with several complexities are sometimes referred to as Grand Complications or Grande Complications.

The mechanism that keeps the clock or watches ticking is referred to as a movement. It is the watch's beating heart, similar to an automobile's engine. It is essential to the watch's fundamental function. Because clockwork movements are made up of many parts moving in unison, this term came from mechanical timepieces.

The wheels and other moving elements of watch movements are sandwiched between two plates. The front plate, which is located directly beneath the watch's face, generally takes the design's form. There are three types of plate movements: complete plates, three-quarter plates, and bridge plates. Mechanical watch movements are more commonly classified as a manual or automatic movement.

This is another jargon term that is frequently mistaken for the word's other meaning, which is the size of a gun's barrel. There are no pieces of a watch that are connected to a barrel. A watch's caliber/calibre relates to the movement's design, especially the collective term given by a watchmaker to distinguish a series of movements produced.

Caliber/Calibre numbers or names are used by watchmakers to distinguish between the various sorts of unique movements manufactured for various watch models. Originally, the name referred to the movement's size, but it has subsequently come to refer to specific movement makers. The caliber of a watch is similar to the manufacture and model of an automobile engine, but the kind of automotive engine is the movement.

END_OF_DOCUMENT_TOKEN_TO_BE_REPLACED

With the nostalgic connection or historic provenance of a vintage Rolex watch and the class or contemporary style of a ...