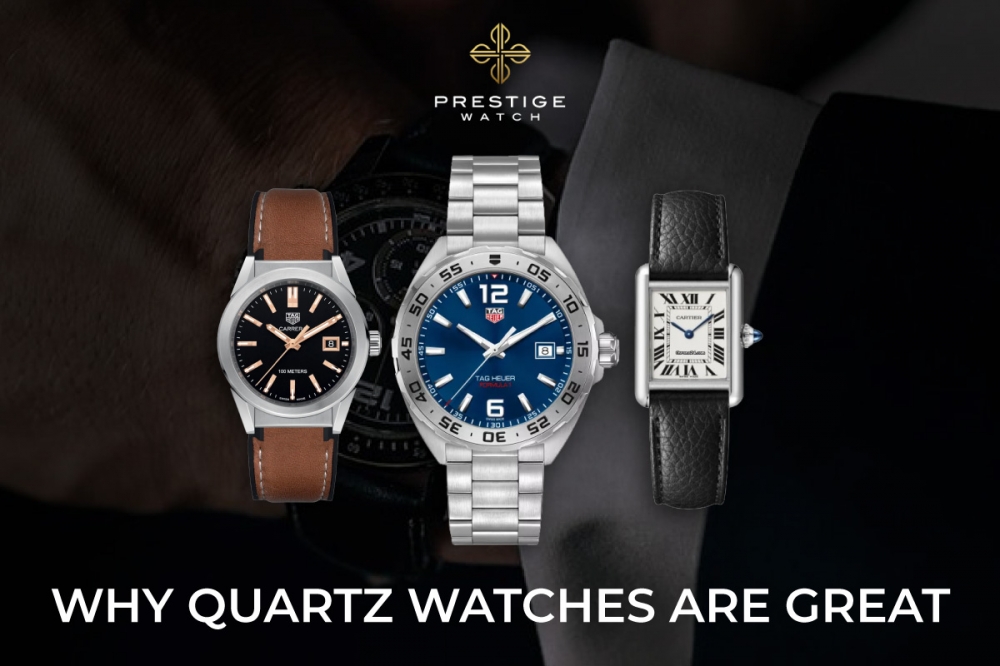 Thanks to advanced technology combined with a rich horological history for hundreds of years, the timepiece industry has been innovated, evolved and developed. In the current horology market, watches are categorised into three main types of movements, or energy types - mechanical watches, automatic watches, and quartz watches.

Mechanical watches are the kingpins of the watch world. It has been around since the beginning of time. While automatic movements are technically an older technology than quartz movements, they are still among the most common movements in watches because they exude a different degree of quality, craftsmanship, and complexity.

However, compared to quartz watches, most automatic watches may have more mechanical complexity, cost significantly more, and also be less accurate by nature of the design. Although an automatic watch generally has an accuracy of +/- 10 seconds to +/- 30 seconds per day, a quartz watch has the same accuracy range or even better over an entire month.

A quartz watch movement applies an electronic oscillator synchronised by a quartz crystal to function, which ensures extreme accuracy. It also allows for features just not possible with the more traditional, mechanical watch movement, especially in the area of digital displays, GPS position, temperature, etc. Therefore, for those in the pursuit of ultimate time-keeping precision, a quartz watch will be a clear choice. Yet, the contributions of quartz watches are not limited to these features.

In 1969, the launching of quartz watches actually caused a crisis for the Swiss watch industry. As a new member of the watch industry, quartz has far exceeded the accuracy of traditional mechanical watches and could also be produced even cheaper.

The size of quartz watches is also much slimmer than other automatic watches. Due to their smaller movement size, quartz watches are able to grab users who have skinny wrists. Quartz watches tend to sit flatter, which also means they slip under sleeves more easily.

In addition, the durability of the quartz movements is often better than mechanical watches. They can take impacts without much hassle as the watch construction is much simpler than automatic watches. Users do not have to worry about missing the tiny components of the watch.

Along with the evolution and enhancement over the generations, quartz watches are now way advanced from what they were back in 1969. Nowadays, astronomy has capabilities far surpassing its predecessor, including solar power and GPS-linked time. This allows quartz movements to evolve beyond their basic initial form.

Why are Patek Philippe timepieces so expensive? Seven Factors That Made the Brand Successful  Most people would ...

END_OF_DOCUMENT_TOKEN_TO_BE_REPLACED

What makes “Swiss Made” watches better?

“Swiss made” is a term that is applied to some of the world’s most well-crafted and reliable ...