The Story of Paul Newman Daytona 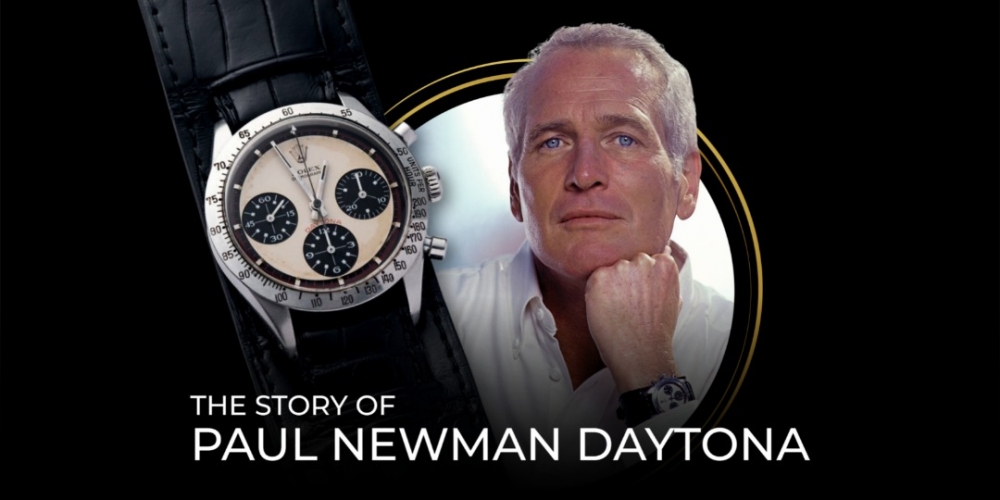 The Paul Newman Daytona, a timepiece that set records across the industry for being one of the most desirable pieces in the world, selling at almost $18 million in auction. A watch that was nicknamed after the famous Paul Newman and if it wasn’t obvious enough, this specific watch belonged to the actor. If you’ve never heard of Paul Newman, here’s a little introduction to who he is.

Born in 1925, January 26 at Cleveland, Ohio, Paul Newman was a man of many things. He was an actor and director noted for his gripping performances of classic antiheroes over the course of a cinematic career spanning more than 50 years. Newman was also a successful race car driver and the proprietor of his own food company. He was a professional racer in the automotive business, having been a member of the Rolex team and competing in the 1979 Le Mans race.

The caseback of the ref. 6239 in question is inscribed "Drive Carefully Me" and includes a manual winding calibre 722. It had previously been owned by Paul Newman's daughter's ex-boyfriend, James Cox. Paul Newman gave him the watch as a present in 1984, and he sold it 33 years later, in 2017, 9 years after Newman's death.

While the identity of the new owner of this item is unknown, the transaction demonstrates not only the power of Paul Newman's celebrity, but also how strong the demand for the proper antique timepieces is. After all, $17.8 million for a previously $200 sports chronograph is quite a sum.