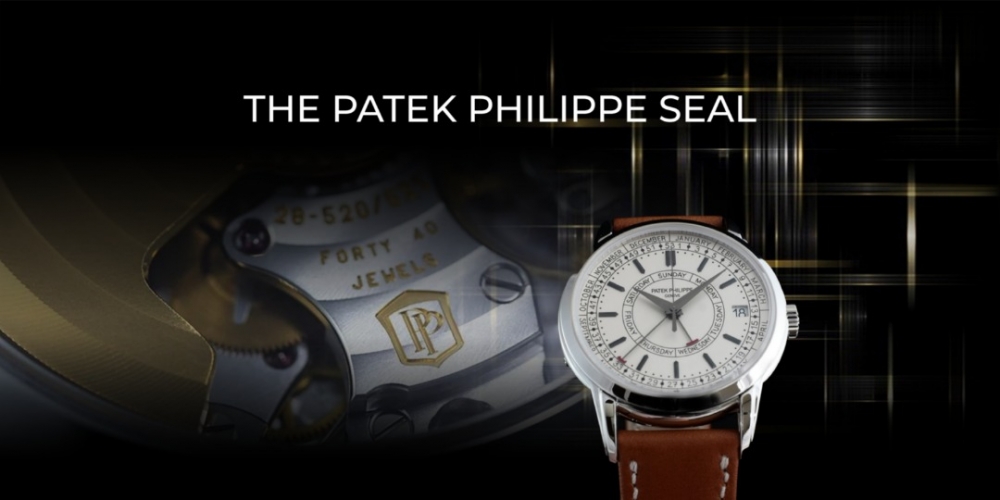 In what way can we tell if a timepiece of prominence is authentic? A seal of the highest degree will be granted to ensure its notably exceptional quality, further proving its authenticity. The seal mentioned before is the Geneva seal which acknowledges the best watchmaking the world has seen. Except in 2009, when Patek Philippe, the brand that championed the Geneva Seal and was essential in its prestige, broke away from the ancient norm and established its own.

The Poinçon de Genève was founded in 1886 as a result of both local political authorities aiming to encourage the Genevan industry and Genevan watchmakers seeking to preserve Genevan traditions and skills. Manufacturers might voluntarily submit their movements for inspection at an office on the premises of the Geneva Watchmaking School. A movement had to complete a series of exams to get the Geneva Seal, which evaluated both the workmanship and the quality of the materials.

These examinations were regarded as the most renowned in the business for many years. However, because the tests were optional, only a small number of movements were submitted for inspection, and even fewer enterprises were linked with the organization. Patek Philippe was nearly the lone customer for inspections from 1925 onwards, therefore it's safe to assume that they each held and retained the seal's status. It's worth noting that Patek Philippe exploited their nearly monogamous relationship with the Geneva Seal as a great marketing tool to set themselves apart from the competitors.

When Vacheron Constantin returned to the fold in the latter half of the century, the Geneva Seal's popularity soared, and by the turn of the century, the seal had become extensively used by numerous enterprises within the Richemont Group. Patek Philippe, on the other hand, concluded in 2009 that they had exceeded the certification's requirements and scope. The only natural conclusion for a company with such a high reputation in the business and such mastery of their trade seems to be to create their seal.

Hence the birth of the Patek Philippe seal. Patek Philippe is a highly advanced, vertically integrated watchmaker that manufactures practically all of its components in-house. It is a technically demanding, artistically elegant, and historically significant brand that is unquestionably one of the most prominent and respected participants in the modern watch industry. To put it another way, if anybody had the credentials to create their certification of watchmaking excellence, it would be them. The little 'PP' symbol imprinted softly but proudly on the rear of most Patek Philippe watches over the last few years may be found on the back of the mechanism.

The reasons for adopting their seal are numerous and diverse, but above all, Patek Philippe regretted a fundamental flaw in the Geneva Seal's assessment criteria: mechanical performance was simply an optional examination. This was just not good enough in a watchmaking culture where mechanical perfection is an artisanal endeavor.

In comparison to the Geneva Seal, the Patek Philippe Seal evaluated the watch as a whole, movement, dial, lugs, and all as a holistic exercise in timekeeping and design.

Finally, the Patek Philippe Seal expresses the principles that define what makes a Patek Philippe clock so special. It is a straightforward and visible dedication to excellence, with no ambiguity or puffery. The business appears to have had to defy tradition to promote the craft of watchmaking from behind the glassy façade of their Plan-des-Ouates factory. The Patek Philippe Seal has regularly pushed the Geneva Seal to evaluate and strengthen its criteria in recent years - as watchmaking history has shown, a little rivalry along the shores of Lake Geneva is always a good thing.