The History of Rolex Daytona 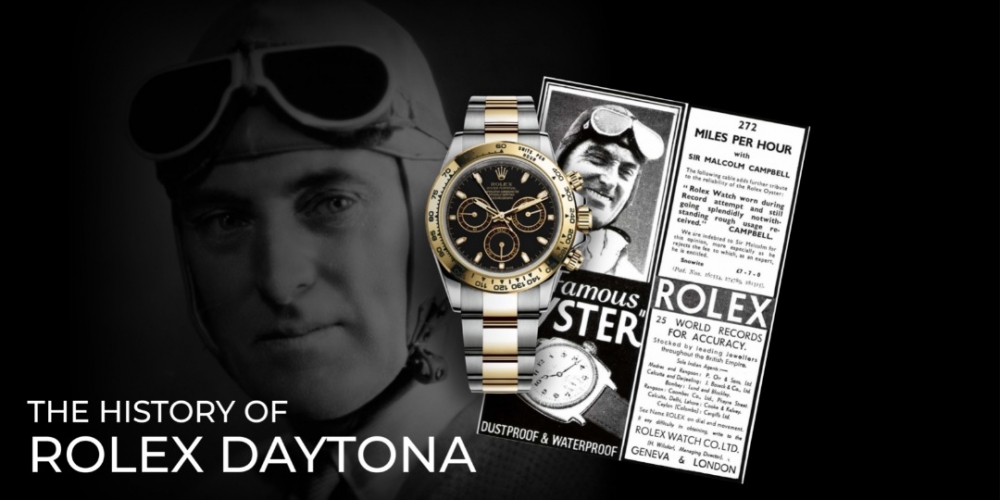 A feat of iconic elegance made for the race circuit continues to perpetuate itself through decades of different illustrious designs and innovations. This one timepiece that remained in the conversations of watch enthusiasts and collectors alike. A watch that grips onto the wrists of those that have a passion for driving and speed. Here is the history of Rolex Daytona.

The Rolex Daytona dates back to a time gone by, which more than represents its longevity. It wasn’t until the 1960s where the Daytona made its debut and quickly became a staple amongst the people in the racing scene due to its name of origin. The name is an homage to the race track in Florida called Daytona Beach that has held countless of famous race events, one of which was participated by an Englishman named, Sir Malcolm Campbell.

He’s spent most of his life behind the wheel, and especially behind the wheel of his “Bluebird” with which he set the astonishing record (at the time) of 396km/h or some 247 miles / hr. This new record caught the attention of a certain owner of a watch brand, Hans Wildorf, the founder of Rolex. From a business point of view, this was an opportunity for Hans Wildorf to really get ahead of everyone in the watch industry. The idea was to ask Sir Campbell to become a “Rolex Ambassador”, which would then lead to the Rolex name be associated to car racing. This one idea lead to Hans associating his brand name to other exploits such as climbing Mount Everest or crossing the English Channel.

It was during this time, where Rolex will always be linked to car racing due to Hans Wildorf’s involvement as a sponsor to the Daytona car race back in 1962. A sponsorship that continues up to now, with the Le Mans Race.