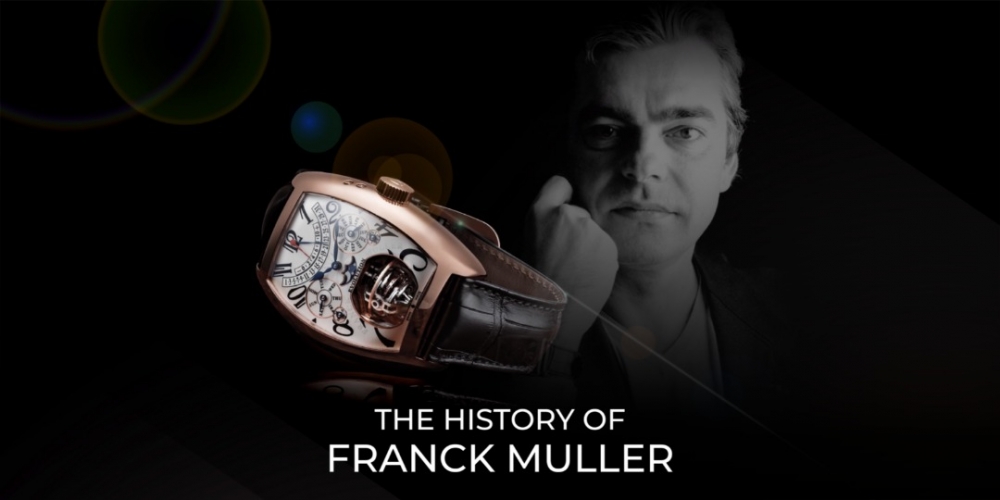 Is the belief of having to leave a mark in the world that drives the minds of the ambitious kind to create something amazing. The sacrifices that had to be made to perfect your craft and the grit to power through it all. Franck Muller and his humble beginnings as a watchmaker is truly a story that is worthy of applause. With that being said, this is the history of Franck Muller.

Born in Switzerland on July 11th, 1958, Franck Muller was raised in a home that represented his diversity in culture. His mother was Italian and his father was Swiss. His upbringing has brought along his immense creativity and discipline which then was applied to his growing interest in mechanical devices at an early age.

Later in the years, he enrolled in the Geneva School of Watchmaking and what came out of it was 4 years of remarkable studies which then led to his recognition for his artistry in creating unique timepieces. He was exceptional and collectors all over the world would send their treasures to him for restoration. A true technical whizz.

In a fast-growing industry like luxury watches, Franck Muller turned his eyes towards a change that could pave the way for a different approach in watchmaking. Being in the field for some time, he started creating timepieces under his name which has brought change towards the influx of quartz watches in the market. He decided to devote his work to the creation of unique timepieces, wristwatches in particular, that offer the same level of technical achievement presented in pocket watches.

A march through progress as Franck Muller presents his first wristwatch in 1983. The timepieces he’s made all had complicated movements that he created solely by himself. He brought something refreshing to the table and watch collectors in the market noticed. He realized that there was a demand in the market for collectors in search of unique timepieces.

To match that demand, he has succeeded in revealing a World Premiere every year since then, building complexities that have never been constructed before. Franck Muller recognized the Tourbillon as a significant scientific breakthrough early on. It was developed over 200 years ago to improve the accuracy of watches. For the first time, Franck built a Tourbillon that could be seen from the front. Unlike all other kinds of Tourbillons, it can only be viewed from the rear. His groundbreaking new design and subsequent Grand Complications cemented Franck Muller's reputation as the "Master of Complications”.